Spring has sprung.. a leak! 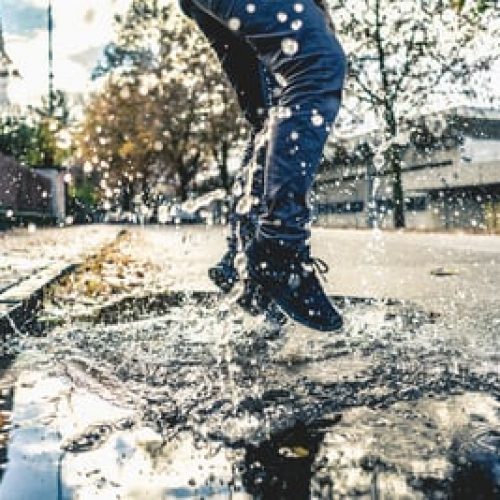 The vernal equinox marks the beginning of spring in March, heralding new beginnings, hope, re-birth, and my favourite time of year! As I walk through the countryside, I am reminded of these first sights of spring. Although currently the walk is through a boggy quagmire and the lambs are trying to gambol, knee-deep in mud, daffodils have erupted, despite the recent dump of snow, slightly bent, but still emerging triumphant. Spring is a determined force to be reckoned with, regardless of all those miserable attempts to sabotage its arrival!

Spring is a dead cert for us all, but many countries celebrate this dawning of the new with some ancient and some new traditions. From Poland to India, Switzerland to Australia, Scotland to Bulgaria, Spain to Japan.

Australia celebrates one of the newer traditions: when September marks springtime in the southern hemisphere and Australians flock to the flower festival in Canberra to see the results of planting over a million bulbs and plants in the city.

In a celebration of the triumph of good over bad, the colourful Holi tradition in India takes place in late February or early March. With colourful powder being used as ‘ammunition’ to throw at each other, it is an opportunity to release hard feelings and hardships.

Poland has carried on a tradition which originated in the 16th century, which ceremoniously drowns a doll-like symbol, the Marzanna, to kill winter. Switzerland’s tradition also dates back to the 16th century. As soon as plants start to bud, a snowman is burned at the stake, known as the Böögg [a distant cousin of our Bogeyman] to bid farewell to the cold of winter.

In Lanark, Scotland, the “Whuppity Scoorie” is meant to ward off evil spirits before the spring season starts. Children run around with balls made of crumpled paper swinging around their heads in a concerted attempt to hail new beginnings.

In Spain, arguably the capital of festivals or fiestas, the Fallas fiesta in Valencia is celebrated. Millions of people flock to see the crazy month-long festival unfold in a frenzy of parties, bonfires, music, food and dance. San Jose (patron saint of carpenters) is the celebrated patron. He dates back to the middle ages, as carpenters set fire to the wooden platforms on which their candles used to burn, while they worked into the long, dark, and cold nights of winter. This then marked the end to the hard toil of winter. These ‘parots’ have now morphed into huge statement pieces, filled with firecrackers, called ‘ninots’.

I will close the blog here with a few words from two of our ‘greats’, although many iconic poets and writers have paid homage to this season of hope and renewal:

From you have I been absent in the spring

Hath put a spirit of youth in every thing.

And the last word to Geoffrey:

The droghte of Marche hath perced to the roote

And bathed every veyne in swich licour

Of which vertu engendred is the flour;

Which means, more or less – and I am no poet:

When April with his fragrant showers,

has pierced the drought of March to the root

And bathed every vein in sweet liquor

Through which virtue flowers are made;

Ooh. I feel quite refreshed.

Anybody else care to share a (translated into English please!) homage to Spring?