The Importance of Languages 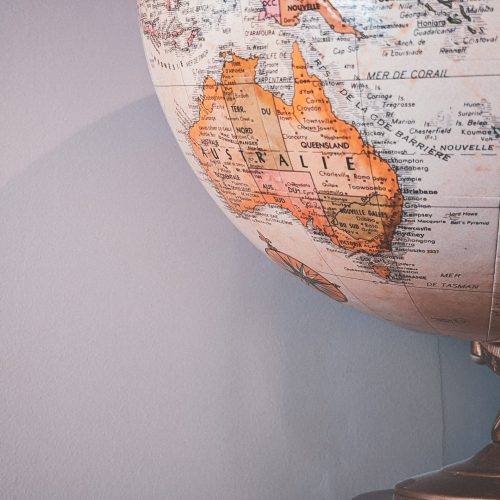 As a languages lover, and a multilingual (to some extent…), I value the learning of languages a great deal. It takes time, practice and a lot of dedication. But many people nowadays don’t agree. Do you often hear young business people saying, “languages will not put food on the table”? Well if you haven’t, you’re lucky! I was recently on the train back home from work and overheard a conversation on this topic. Three young guys discussed why they believe languages won’t give businesses and employees an advantage over competition, and I have to say their views seemed to be quite entrenched . The many heads and eyes turning towards their direction spoke a thousand words.

I believe there is a big misconception nowadays that languages are undervalued in the world of business, and that numbers will always have an advantage over letters. Have we all forgotten how we communicate in a globalised world? To thrive and survive in a global economy, companies need language and cultural knowledge. Have we also forgotten how frustrating it is to go to a country that doesn’t speak a word of our language and vice-versa? The hours wasted staring at a map because you don’t know how to ask for directions. So, what makes languages so important nowadays?

Languages are a passport to another world

Passports and planes can take you to anywhere in the world, but can you really know a country and its culture without knowing their language? With languages, you can get involved with the local community and in effect have a much greater feel of their culture. You can go beyond being just like any other tourist and discover the true secrets about a country and what it really has to offer! Language is more than words: it’s relationships too.

Have you ever read a translation in your native language that had been translated from another language? Let me give you advice from someone who has seen many translations go wrong… There are a number of idiomatic phrases that cannot be translated word for word, and will have very different meanings in different countries. For example, the English expression “we slept like a log” translated into other languages:

In today’s globally connected and culturally diverse marketplace, language proficiency is strategically an important business skill to have. It not only shows respect for clients and colleagues, but also creates instant connections. It shows that your business has made the effort. Having language skills in today’s business world is amongst the most powerful tools companies can have. They gain the ability to connect with businesses and customers all around the world, having a huge competitive advantage over companies who have a lack of language and cultural skills. The chair of the all-party parliamentary group of modern languages, Baroness Coussins, says that the economy in the UK is losing around £50bn a year due to lost contracts emanating from a lack of language skills within the workforce. We don’t want this to be a vicious circle and so I cannot stress enough how crucial language training is becoming in the business world!

So… do you think I should show the three gentlemen in the train this small article? Maybe it will give them an insight of how important languages are nowadays. Not just at a professional but also at a personal level! Languages makes lives more interesting, businesses more competitive but most importantly, everyone more aware of their own language and culture! Give another language a try. I promise you will love it just as much as I did and continue to.