The bi-products of being bilingual 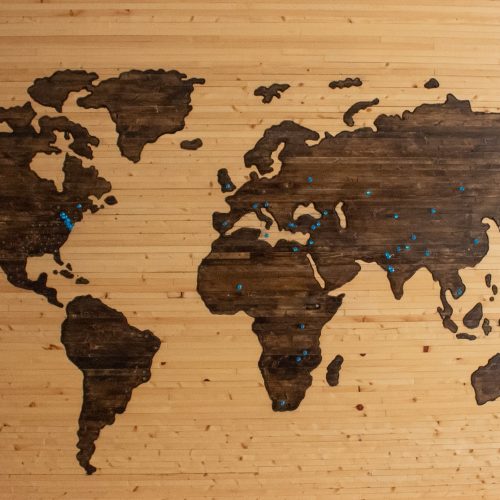 An Englishman, a Frenchman, a Spaniard and a German are all standing watching an American street performer do some juggling. The juggler notices the four gentlemen have a very poor view, so he stands up and calls out, “Can you all see me now?”

Do you have to be bilingual to understand this rather lame joke, well of course not, but there are situations and circumstances when another language can help immeasurably.

When my children were born, I was privy to a couple of friends communicating with their offspring in their mother-tongue, one in Czech and another in German (no, this is not the start to another joke!).

To be perfectly frank, it was exhausting to witness, at this fledgling stage, as the toddler would want to converse with the common language of English. The mothers were stalwart in their belief that their children must be bilingual and secure fluid communication, when they return to their home country. I admired their determination, but at the same time felt a little ‘sorry’ for the children, who seemed to be struggling.

I need not have worried, as they are now, 10 years on, benefiting in so many ways from being bilingual. Many would argue that the most important bi-product of this is the continuation of their heritage, having the ability to nurture a relationship with grandparents, who do not speak English, which is perhaps the most vital reason to pursue this bilingual journey.

There are many other advantages, to being bilingual, both cognitive and physical. A veritable gym workout for the brain and body! Bilingualism can improve one’s attention span, ability to multi-task, improve concentration, positively impact on social skills, raising confidence levels. Research suggests it can lessen stress levels and risk of having a stroke.

It can delay the onset of dementia and Alzheimer’s and reduce age-related conditions. It can improve employment chances. With an ever-increasing multi-national workforce throughout the world, a 2nd language or more, for some work opportunities are highly desirable, if not essential, and can put your CV straight to the top of the pile! Another language gives you an insight into a whole new culture and ideology, thus broadening horizons and opening minds.

For all these reasons and many more untouched on, I most definitely have bilingual envy. I want to speak another language. I wish I had paid more attention to Miss Keys, in her drab and uninspiring French lessons, because then maybe, like millions of others, I would be able to converse competently and confidently in another language. Instead I’m rooting around the dregs of my school girl French, hunting for that word which would give mutual understanding. I admire those that speak one other language and revere those who have a whole arsenal at their disposal!