The Best Languages to Learn for Business 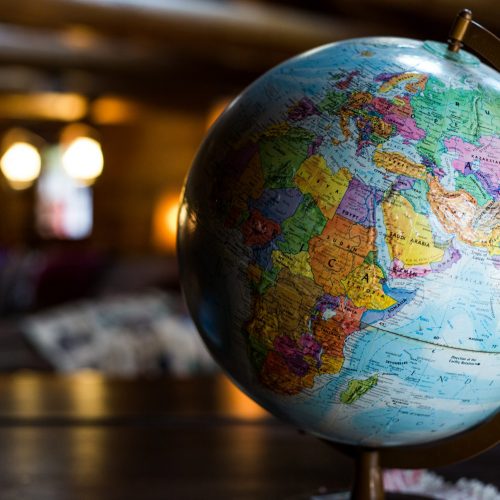 These days we all operate in a global economy, a varied and often complex landscape where businesses from every country on earth collaborate in different languages, innovate across borders, buy from each other, and export to one another.

While there are some excellent language translation apps out there, it’s more important than ever to get to grips with actually learning languages for business. It might surprise you how much people overseas appreciate your efforts to build better relationships that last longer, go deeper, and are more creative and productive. Here’s what you need to know about the best languages to learn for business.

Why should languages be learned for business?

In a way it’s a courtesy thing. Trying to force people to use your own language isn’t a good way to do business. Learning a second language for business helps you communicate better with customers and colleagues overseas, creating strong relationships based on mutual respect and consideration. If your company is closely tied to an overseas business, or has branches abroad, it makes a lot of sense to learn at least the basics of their language.

What are the best languages to learn for business

So what are the best languages to learn for business? Obviously it depends on where in the world your business has a presence. But the following eight come top of the list, spoken across a wide variety of countries and understood by millions, sometimes billions.

Mandarin – The most widely-spoken language in China, Mandarin is used by an awe-inspiring 879 million or so people in China itself and 1.05 billion across the globe. With China being home to some massive international businesses, as well as being a truly vast economy that’s growing fast and becoming more influential all the time, speaking Mandarin for business puts you at a competitive advantage.

English – Roughly 983 million people speak English, including around 371 million native speakers. It’s also the primary foreign language for many, and a third of the world’s people understand English to one level or another. Spoken in 94 countries, it’s also the darling of digital tech, most of which is developed in English.

Spanish – 436 million native speakers and around 527 second-language Spanish speakers worldwide make it a really handy language to learn. As well as in Spain itself, Spanish is spoken across South America, Central and North America. And just under 30% of US residents speak it. With over 20 nations using Spanish as their official language, it’s another one well worth getting under your belt for business.

Arabic – Around 422 million people speak Arabic, mostly located in the Middle East. The last 12 years has seen its use rocket by more than 2500%, so it’s very much on the up. When you’re doing business with anyone in the region, learning Arabic will stand you in good stead.

Portuguese -229 million people speak Portuguese, including the extensive population of Brazil. It’s an important language throughout South America and also pops up across China, India and Africa. Being this widespread, it’s a good bet for learning a second language for business.

German – More than 129 million people around the globe speak German as a second language, and around 76 million people speak it as their native language within Germany itself. If you’re doing business in Germany, Belgium, Austria, Luxembourg or Switzerland, it’s essential. With German being important for banking, it’s a must for those in the financial services sector.

French -76 million native speakers and 229 million people speaking some level of French around the world makes it an important language for business. The French themselves are quite rightly keen to speak their own language when doing business, being both protective of it and proud of it, and it’s polite to make a genuine effort.

Japanese –There are 129 million Japanese speakers in Japan alone. It’s a highly technically advanced country, involved in numerous sectors, and that means Japanese matters in business. It’s a tricky one to learn but like every language, we’re experienced in teaching it in a way you’ll find enjoyable and stimulating.

How Dialogue can help with language training

Dialogue’s popular business language training helps hundreds of professionals up their game. Once you’re fluid and fluent in a second language you’ll enjoy all the advantages that making an effort brings, including pleasing people overseas and creating stronger, better relationships based on trust and respect. We’ll help you do that – let’s talk language training!