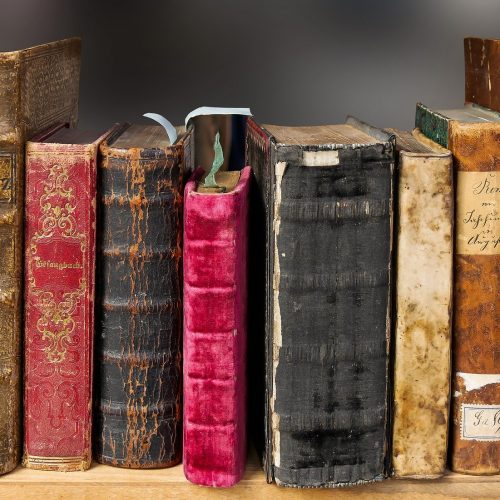 I’m an avid reader. Since a young age, I have been surrounded by books and despite modern advances in technology resulting in super light, super slim, super smart reading devices, I don’t think you can beat a good old fashioned book.

After listening to a BBC R4 book review a few months back, on my drive home from work, I’ve been meaning to explore the world of translated books, or ‘Novels in Translation’ as they’re called, which sounds far more glamorous. It’s not something I have done a great deal of to date, other than a few Scandi-thrillers by Jo Nesbø and Stieg Larsson and the odd novella or two by Spanish author Carlos Ruiz Zafón and Colombian author Gabriel García Márquez. (Has every household got ‘One Hundred Years of Solitude’ on their bookshelf?!).

Ontario based writer Susanna McLeod says; “Translating literary works… requires much more than exchanging one word for another, more than trading sentences between languages. It requires an understanding of the author’s message to capture the vision, the essence, of the writing”. When reading a book that started off in one language and is then translated to another, I am fascinated to know how the translator is able to capture the real spirit of the book and even more so, not lose the meaning of original words used.

I have just googled ‘worst translations of books’ and one anonymous reader posts on a forum: “I was reading a “Twenty Thousand Leagues Under the Sea” translation and the very beginning talks about ‘The Badlands’ of Kansas. Later translations get this right, but I had an older translation that said ‘The disagreeable land of Kansas’…” Another read a Croatian translation of the first Star Wars book, which translated Jabba the Hutt as ‘Jabba called the Shed’. Guess it has a certain ring to it! According to a mentalfloss.com article, Italians chose to translate Joseph Heller’s ‘Catch 22’ as ‘Comma 22’ which translates back into English as ‘Paragraph 22’.  I might have to re-read it and see if there’s a hidden message in paragraph 22 now!

All very amusing, but where can you go to find out what’s being published out there in the big wide world?  The Man Booker Prize for Translated Fiction might be a good place to start. According to research Man Booker carried out, UK sales of translated fiction grew by 5.5% in 2018, with sales worth £20.7 million. It’s definitely a growing market, as people want to explore the world via the wonderful art of words. Looking at the Man Booker top 20 works of translated fiction sold in 2018, Scandinavian crime fiction features significantly, with my favourite, Jo Nesbø sitting comfortably in first and second position. His books have been translated into an incredible 40 + languages!

Another place to look is The Millions, an independent, online magazine covering books, arts, and culture. They announced their Longlist of Best Translated books for 2019 (so far!) in April; which includes 15 new titles. I quite like the sound of ‘Flights’ by Olga Tokarczuk, translated from Polish to English by Jennifer Croft.

Anyway, I consider myself pretty well-read, so when I stumbled across 100 Best Novels, in Translation, Since 1900 I obviously wanted to put my own book reading list to the challenge. It turns out I have only read a paltry 4 out of 100 titles, so it looks like a trip to the local bookshop on my lunch break is in order.