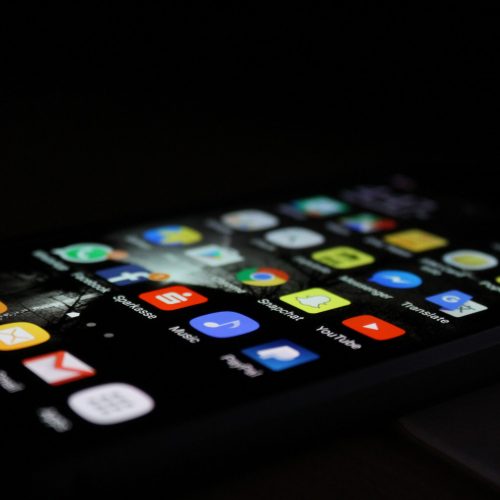 What makes a good language application?

I’ve often thought that many of the most successful apps out there helping you to learn a foreign language are the ones that a) aren’t too highfalutin’ and unnecessarily complex and b) that mimic something that’s always been around.

Do you remember those revision aids from your school-days called flash-cards? Simply a pile of envelope-sized cards on which you wrote a question and then flipped it over so you could write the answer (extended or otherwise) on the other side.

Now there are loads of apps out there for your phone and tablet, but this particular one is as simple or complex as you want it to be. It can be adapted for all sorts of things, and vocab learning is one such example. No, it doesn’t always contextualise new lexicon in an appropriate environment (OK yah) – it’s just a flash card app. But sometimes the old approach to studying can work too, you know.

The one I like is called gFlash+ (Android and Amazon Fire and iOS) and gFlash Pro for iOS. Basically it shows a card with a question or word, you then answer the question. Tap the screen and it reveals the answer. If you’re right, press the tick, wrong press the cross. Yes, you do have to be honest. The app uses algorithms to establish your weakest questions/words and plays those back more often in the hope you’ll remember them as time goes by. In its basic form, it’s free; you sometimes pay for the app – especially if you want to get rid of advertising or access the full range of features, but it’s not a lot really, in the great scheme of things it’s pretty good value.

I like it because it’s relatively simple and because you really can use it on the train, on the loo or during any dead time. Another plus is that once you’ve downloaded the data sets, you don’t need to access the internet again so you can use it on the tube or plane and it’s not Mb hungry.

Another nice feature is that all the apps sync with Google docs, meaning you can upload tons of data quickly and then download in the form of flashcard quizzes (which is exactly what we do for our language learners). You can purchase ‘professional’ quizzes and download data from Quizlet and Studystack. You can also use it with images, make multiple-choice quizzes, and on the iOS version you can record, dictate and play back data if you want to.

In fact, I’m going to Croatia on hols (ooh lucky me) this week and have recorded some locals using some beginners’ expressions such as the all important ‘please’, ‘thank you’ and ‘Where is the…’ to try and beat some language into these grey cells of mine. If you are interested in a course with us and ask us nicely, we can personalise the content for your particular area of learning interest as well.

All in all, you have 3 areas of stimulation (auditory, pictorial, the written word or a combination) so you can ring the changes when you feel like it.

It’s a shame that the same effort hasn’t been put into the Android and Amazon markets and even more annoying that there’s nothing for Windows mobile. But you can’t have everything.

It’s not rocket science but it does do the job. Anybody have any challengers to the gFlash crown? Any non-internet versions that work on the big 4 platforms? Let me know and we can share the gospel.

Or if you are currently looking to learn a language, and feel you want to use this application to drive productivity, then contact us on + 44 1793 513 321, and we can incorporate it into one of our many language course