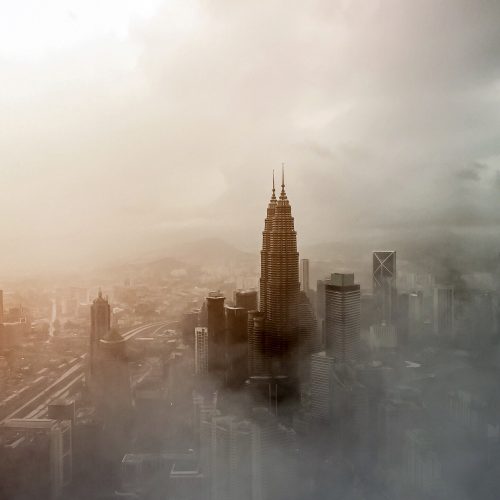 Definition: simply put, machine translation (MT) is the process of changing text from one language to another language using a computer and its assistant AI.

At some point in your life, you will have used a variant of MT – think Google Translate. Since the late 90s, MT has allowed businesses and the general public to quickly translate foreign texts for very little/no cost. With the recent advancements in software, MT is quickly becoming the go-to option for many businesses to bring their companies into the international market. And can we blame them? Cost-effective and immediate translations, what’s not to love? Yet since its inception, MT has received a lot of flak and despite its time- and cost-effectiveness, it is certainly not popular with everyone. Above all linguists. But why is this? Should MT be avoided or embraced?

There are many linguists who will criticise MT until they’re blue in the face, and many will be reluctant to work with it. A common misconception is that linguists are reluctant to accept the use of MT because it replaces their jobs, and they fear that the growing popularity will mean they no longer receive work; that companies will simply use MT because it’s cheaper and quicker. However, that is simply not true. Translation is a science and takes many years to master. Translators are dedicated to ensuring that translations are true and accurate to the source text and target culture – something that MT simply cannot promise.

The issue with MT is that it is far more challenging for a machine to understand the subtle nuances in writing – particularly when it comes to idiomatic expressions which, without knowing the meanings behind them, make literally no sense. Think about the phrase “piece of cake”. Its literal meaning is nonsense, other than referring to piece of cake… yum, but we know that if it is used to describe something, it means it’s easy. A machine won’t necessarily know this, unless we specifically tell it. Now it may be ok for common expressions, but for more obscure or regional expressions, the machine will translate it word-for-word, which could lead to literal and nonsensical translations.

Take the German phrase “Da steppt der Bär” which means “It will be a good party” (it is used when describing an upcoming event and how amazing it will be). Even using a cloud-based MT service, which is not free and uses Neural Translation and millions of translation entries to decipher the text, the meaning of the phrase is not understood. The phrase is translated literally to “the bear is quilting” – sounds like the opposite of fun to me. That goes to show that even with higher-end MT services, the translation is not always a viable substitute for a human linguist.

Machine Translation starts to become less effective when encountered by texts which are steeped in culture, politics and complicated subtext.  When my partner says “The light’s still on, darling” it’s not a statement, it’s a request to turn it off. Texts likes these would require the skills of a real-life human being to transfer the meaning into the target culture and to adapt or localise it for the correct audience. In order for MT to work for complex and nuanced texts, it can require hours of editing from a professional translator, which defeats the purpose of it in the first place. MT is useful when it is quick and cheap. But that is no longer the case if hours must be spent on it to make it remotely readable for its target audience.

So how can Machine Translation help us?

MT has improved immensely over the past few years. The introduction of Neural Translation, sometimes known as Deep Learning is largely responsible for this. It translates sentences as a whole, rather than in fragments, and uses the input of billions of translation entries to gather context about the text it is translating. Although some may hate to admit it, for common language pairs, services like Google Translate can often produce pretty accurate translations; more than good enough to understand the meaning of a text and to find out how to ask for a beer in a restaurant abroad accurately. MT also gives regular people access to the outside world and allows them to translate documents and websites, which many could normally never afford to do if they went to a language provider and had it done professionally. Those who have moved to a new country with limited knowledge of the target language also rely on these (mostly) free services to navigate everyday life whilst they are getting to grips with a new language.

You see, the issue with MT is not MT itself, but rather how people use it. Many companies view it as a cheap and quick replacement for the traditional translation process, which is simply not the case. But this begs the question, when is it appropriate to use MT and when is it not? This depends on the text you would like translated and what is will be used for. Typically, MT works best for documents which will be used internally and for which only a general understanding is required. More complex texts for external use where complete understanding of the text is important may not be as suitable for MT. Having said this, with recent advancements in MT technology as mentioned above, this may not be the case for much longer.

Machine translation – and then some

Now, it is worth noting that MT comes in varying levels of sophistication. A decent agency will not use a free service like Google Translation or Bing Translate, but rather a paid-for MT service, that uses sophisticated technology and has access to a large, encrypted database. Not only that, but services like free online translators should be avoided for GDPR/confidentiality reasons. If it’s free, it’s often in the public domain and the way the translations are stored means they are potentially vulnerable to cyber-attacks.

It should also be noted that if MT is requested, there should normally be an editing stage carried out by a professional linguist, but even this cannot guarantee a perfect translation. The editor can only do so much and if the MT is poor, then they cannot do much to fix that. To rewrite it would be a waste of time for the translator, and the reason why many translators tend to avoid taking on proof-checking MTs.

Long story short, MT is neither a villain nor a victim, it’s simply mis-used. When applied appropriately, MT can be an excellent translation resource and save a lot of time and money. When used inappropriately, it can lead to comical translations, miscommunication, and rather angry translators.

Are you wondering if machine translation may be suitable for your translation project? Give us a call on +44 1793 513 321 or email us at [email protected] and we will be happy to advise you!