Is this the end of foreign language teaching? 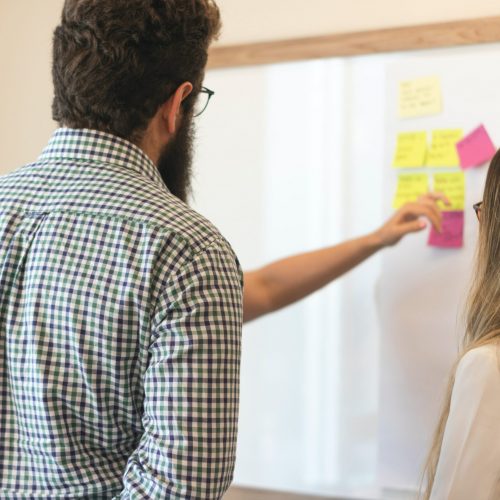 All my life I have studied in a language that is not my mother tongue. At the age of four, my parents decided to put me in an international school in Portugal, where the only language taught was English: Yes, I am Portuguese, and yes, it was quite the challenge. Portuguese and English are very different! At four years old, I am sure that I wasn’t even aware that any language other than my own existed, let alone being confronted with the challenge of having to make friends that did not speak a word of Portuguese and vice-versa.

As I grew older, the interest in languages developed in me and I have always had that little bug in me that tells me to learn more and more languages. How could you not? It opens so many doors! If I can remember correctly, French was introduced in year 6, and despite having a “sit down and shut up’’ French teacher (with a very strong accent), I loved it, and studied French Language and Literature up to A-Levels. Surprisingly (or not) me and another girl were the only students studying French up to A-Levels, which now that I have moved to England, I do understand more the reason why: The majority of young English people don’t seem to be very keen on learning a new language.

So A-level results have just been released, and students are using social media to share their happiness or not. But where are all the A-level modern foreign language results? French, Spanish, German are nowhere to be seen, or if they do exist in this year’s social media celebrations I have not come across them! According to BBC news there has been an unfortunate decline in entries to A-Levels in French (-6.4%), German (-4.2%) and Spanish (-2.7%). Despite the UK government’s efforts to encourage students to take languages by forcing them to take a language at GCSE, the numbers speak for themselves and show that there is increasingly less interest in learning an extra language.

Why is this happening?

As I have previously mentioned, after moving to England I noticed that a large number of Brits are not massive fans of learning new languages. It has been suggested that many A-level students believe that foreign language A-levels are marked very harshly and so they want to be safe and study an A-level that offers better marking criteria and safety. Sounds like an excuse to me… To add to that, interest in foreign languages have decreased so funding to run these subjects has also declined as there are not enough students applying, making it risky for sixth-forms and colleges to run these courses on such small numbers. It’s a shame really!

It’s also a factor that there is almost no incentive to learn for young Brits (think English-speaking rock groups, Hollywood blockbusters) – it’s not so cool to be an ardent fan of Gerard Depardieu or Los Planetas– compared to the hero–worship of a Johnny Depp or Coldplay.

Most people only think about having a stab at ‘foreign’ languages in their retirement. Just think of that lost time…

With the continuous decrease in numbers of students applying to these amazing subjects, the concern is that in the upcoming years we will see a further decline in entries and the pattern will go on and on, causing a possible decline in people to teach them in the future. Russell Hobby from the National Association of Head Teachers stressed that it is absolutely essential to have trained teachers in order to offer a range of different languages as well as to finance schools to promote foreign language A-levels.

It feels as if there is a big misconception that languages will not get candidates into university and will not help for future employment. I cannot stress how wrong that idea is! 9 out of 10 head-hunters around the world state that being bilingual is a crucial factor for succeeding in the business world! Big opportunities aren’t always in your own country, and sometimes going abroad is the solution; that is why I am here in the UK. Speaking more than one language gives international projection, as well as an extra element to differentiate you from other candidates. Not only does it give graduates an advantage, but it also presents England with the opportunity to engage with the wider world and range of businesses.

At the end of the day we all live in a globalised world of businesses where languages are fundamental for their success. My advice to you is invest in learning new languages! It boosts your brain power and from personal experience, it really does give you a big advantage!