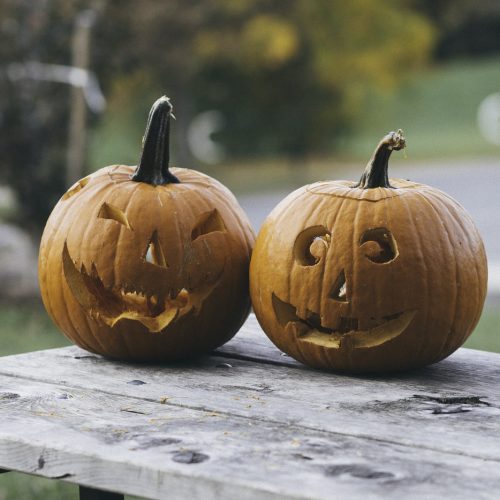 Love it or hate it, you can not ignore it… the festival that is happening right here, right now: Halloween! Songs and films have immortalised the date, from Michael Jackson’s Thriller and Bobby Pickett’s Monster Mash, to the mega block-busting movie franchises of Halloween and Saw!

Hallowe’en, Allhallowe’en, All Hallows’ Eve, All Saints’ Eve, Halloween; however you refer to the pagan holiday, the day itself is steeped in history. The celebrating of it has become somewhat commercialised; the dressing up, trick or treating (or trickle treating as my daughter thought for many years!) partying, bonfires, pranks, apple-bobbing, watching the many films (more than 200 movies dedicated to the subject of Halloween!)

Many ‘thank’ America for this aspect of Halloween, but it is widely believed that the true traditions started in Ireland from the ancient Celtic harvest festivals. It began with the 3-day observance of Allhallowtide, the time in the liturgical year dedicated to remembering the dead, including saints (hallows) and martyrs. It is a time for honouring the saints and praying for the recently departed souls making their way to heaven.

Taking a sneaky peek at Halloween traditions around the world, it soon becomes apparent that more countries honour the day than don’t, by a vast majority. Here is a snap shot:

In Mexico and Latin America, All Souls’ Day, which takes place on November 2, is commemorated with a three-day celebration that begins on the evening of October 31. The celebration is designed to honour the dead who, it is believed, return home on Halloween. Often, a wash basin and towel are left out so that the spirit can wash before indulging in the feast.

Among some of the Spanish-speaking nations, Halloween is known as “El Dia de los Muertos” (The Day of the Dead) and in Sweden, “Alla Helgons Dag” (All Saint’s Day) is celebrated from October 31 until November 6.

In Korea, the festival “Chusok”, is similar to Halloween, but takes place in August, to thank ancestors for providing in the past and securing the future.

In China, the Halloween festival is known as Teng Chieh. Food and water are placed in front of photographs of family members who have died. Bonfires and lanterns are lit to light the paths of the spirits as they ‘return’ on Halloween night.

In Germany, the people hide knives and anything sharp on Halloween night, in an attempt to safeguard the returning spirits.

Unlike most nations of the world, Halloween is not celebrated in France to honour the dead and departed ancestors. It is regarded as purely an “American” holiday.

Regardless of how you may (or may not) celebrate it: Happy Halloween one and all!