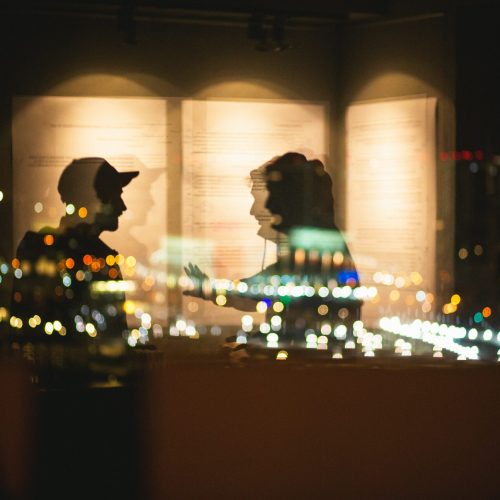 I set foot in Dialogue for the first time over 12 months ago now, a sales and marketing intern who knew absolutely nothing about languages. I could only just speak English, never mind a second language. I was the only one within the company who didn’t speak a foreign language. I just didn’t really get the point, and to be honest I couldn’t be bothered (I am a student after all). Everyone in business speaks English anyway, don’t they? Little did I know, but I was about to embark on a journey of discovery into the world of languages (very clichéd, but it’s true; just roll with me).

I came to realise that communication is and should be a two-way street. Not least in business. You can’t just expect your foreign clients to speak in your language all the time. They may not want to. Not only this, but a lack of knowledge of their language may portray a lack of respect towards their culture. Furthermore, you can build much closer and more meaningful relationships with your client if you demonstrate you’ve made an effort. Why should the effort all be one way, especially if they’re your customer? And at the end of the day, aren’t relationships the building blocks of any successful business?

A year ago I would never have even given this a second thought. But over the past year or so I have seen great things happen to businesses who have incorporated languages into their core strategy – and the brilliant members of the Dialogue team have been wholeheartedly responsible.

I also began to notice that it’s not just verbal communication where languages comes in rather handy. The ROI for those clients who took up the Dialogue translation service, for example is nothing short of astonishing. If I were to just roll in some facts quickly, I remember hearing that your potential customers are around 4X more likely to purchase from a website translated into their own language. Whilst around 50% say reading a website in their own language is more important than the price tag.

So, customers are willing to potentially happy to pay more money for a product online, just because it’s in their own language? Sounds ridiculous doesn’t it? But think about it. When was the last time you bought off a website that wasn’t in English? I know for one, I never have. It just doesn’t carry the same credibility, does it? Well, guess what? Your potential customers who aren’t English are thinking the exact same thing when they land on your website. Now that statistic doesn’t sound so crazy does it?

You see, over the past year, little things like this have come to make me realise what major players languages are, not just for corporations but also people’s personal lives. But, If you’re anything like I was 12 months ago, you will probably be thinking, “Cor, he does go on” or “When is this going to end?” If this is the case, then I shall leave you with what has become one of my favourite quotes:

“One language sets you in the corridor for life. Another language opens every door along the way”